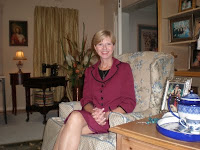 "Everyday Blessings for Catholic Moms" is the new show on EWTN hosted by Donna-Marie Cooper O'Boyle. I've blogged about her wonderful books on here in the past and wanted to share this news with you! You can read more about this great experience on her blog by clicking here. You can also read up on the show on Faith & Family Live, written by Lisa Henley (creator of CatholicMom.com and an author herself, The Handbook for Catholic Moms) by going here. I can't wait to watch the show myself...her books are fascinating (I'm reading two right now: One with a local group of moms Domestic Church: Room by Room and the other Prayerfully Expecting on my own since I'm 7 weeks away from seeing our new baby!). She is such a great Catholic mother and woman!

Thanks, Donna-Marie, for your devotion and for guiding us in the beautiful vocation of motherhood.

We have a couple of friends who have ditched the TV from their homes...no, this is NOT a typo. They had consciously decided to get rid of the TV, well mainly cable and some the actual sets, from their lovely homes. In 2010, this is hard to believe! Personally, I'd love to do it if only I could get DH to agree with me 100% on this, lol! He's about 75% of the way there...still working on him about it. Why would I want this for my home? Several reasons:


1. TV/Cable is a distraction for real wholesome family time.
2. It is a venue for the wrong kind of messages to my children (EVEN THE CARTOONS)!
3. It is addictive and keeps you from focusing on the things that matter most.

I've had days were we don't turn the set on all days...the silence is lovely! Now, my friends who have opted for this lifestyle do watch movies. Some very limited kind, of course and no, they aren't weird or dress or look weird, lol! They are very "normal" Catholics who are trying to keep the focus on their faith - that's all.

The past week, one friend recommended a movie entitled The Robe...she saw it with her nine-year-old and they both loved it! It is from a very different perspective about the life and ministry and death of our Lord, Jesus Christ, in the view and words of the Roman Soldier who cast lots to win Jesus's robe. I really want to see it with my 12 year old! I think it would be a fantastic film to watch during Lent as well!

Last night I asked another friend to make a list of these kinds of movies so that I could share with other moms; and for my family as well of course. These are older Catholic movies that you could watch with your kids. Here is the list that my friend Dan compiled for me, he entitled it "The Best Catholic themed films that I have seen" [he has made specific comments]:


If you have other films you'd like to add to this list or if you have already seen any of these and you'd like to tell us about them, please feel free to leave a comment. Also, when I taught at a Catholic school in Florida, I always went to this website: http://usccb.org/movies/ to see what the Catholic US Bishops had to say about current films and TV shows. Of course, for newer films you can also visit: http://www.lukefilms.com/

Since I'm a newbie in home education, I have not been priviledged enough to attend a Home Schooling Conference recently. My husband and I did attend one once back in 2006, when we thinking ahead of what we wanted for our family's future. We were just a family of five at the time and our eldest had always attended Catholic school all of his educational life. Never did we know that we were "opening a can of worms", sorta speak, when we went to this conference.

As a teacher in both Catholic and public schools for 12 years, I attended several conferences and loved how neat it was to be able to fan through the books and see lots of goodies we yearned to have in our classrooms. The difference between the Catholic Homeschooling conference my DH and I attended and the ones I've been to in the past on my own (yes even the ones while teaching at a Catholic school) was the spiritual component. The atmosphere was very different and it is was drew us closer and opened our hearts and minds to home educating our children. With all of this in mind, I want to direct you to a list that Catholic Homeschooling Support has created for home educators of upcoming Catholic Conferences in your state. In my case, a group of home educators will be traveling to DC as it is the closest conference to our state. Here is the link to the list they have create.

Lent is Here! Activities for Children 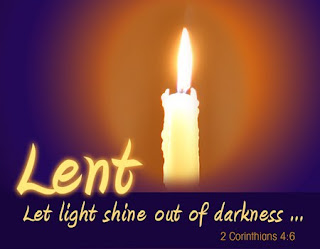 There is a plethora of ideas and activities to work with your home schooled children via other Catholic Blogging Mamas throughout the net. Here is the line up of what I've found thus far (if you find other good sites to recommend, please post a comment on here withe link). Some of these overlap a little, be aware! :) Here is the line up (hover over the name of the blog to click on the link):

Here's a link to Donna-Marie's blog that posted a picture of our little group that is currently using her book, Domestic Church: Room by Room: http://viewdomesticchurch.blogspot.com/2010/01/domestic-church-study-group.html