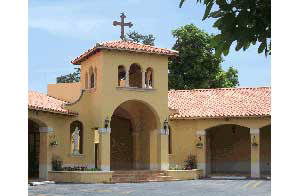 About two years ago, when my cell phone rang and one of my kids brought it running to me (screen face up so I could see the caller ID), I was excited to see it was a close friend from Florida. I dried my hands as quickly as I could (don't you just hate how quickly the calls go to voicemail) and grabbed the phone pressing the green button. "Hi, my friend how are you?," I asked him but on the other end what I heard was sadness, "I have bad news, the Archbishop is closing a bunch of churches and St. Robert Bellarmine is on the list!," he said as my heart sank. St. Robert's???

How could it be? It was the church where my beloved and I married, where I learned the beauty of the Latin Mass (when to stand, how to pray it, etc.) and it was where two of my five children were Baptised. How could it be???

But really, I was not surprised because St. Robert Bellarmine is a small church in a poor section of town. Most of its parishioners were from other parts of Miami (us being one of them) but the rest of our Church friends lived in the neighborhood. It was a poor parish...but in my heart I thought...it's one of the parishes that needed to stay open, for the very same reason...it was in a poor section of town!  Most of the people walked to Mass, now where were they going to go?  My heart broke.  So I went to the Archdiocese of Miami's website and sure enough, in black and white, was the name of the church!

I quickly wanted to see pictures, to remember how beautiful it is (these are the ones I used for my anniversary (July 23rd) photobook):

Click here to view this photo book larger
Pages 5, 10, 11, 14, and 15, give you a feel for what it looked like inside and also it's beautiful little courtyard and Parish hall....it's a small church, but beautiful nonetheless!

Isn't it so sad that so many churches are closing down?  It's a sad thing to see...I just wish that I could win the lottery to give them all the money they need to pay off loans and keep their doors open, it's so important!!!  So people, lets not complain anymore when we see that basket come around during collection, let's give and tithe like the best of them.  Did you know that the Bible asks us to tithe 10%?  It's possible, I've seen people do it....I think this is something my family and many others really need to pray about and reconsider to keep more church doors open!
Blessings, 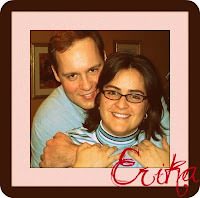